Fancy spending a few months in an Iranian prison?

It happens. People either don’t know the laws of the country they’re visiting, or they do know the laws and yet they take a chance and hope they won’t get caught.

It can be a big risk to take. The laws in some countries are very strict. Jail time. In Oman, a beautiful country which would be a spectacular drone flying location, you could end up with 3 years in prison if you get caught flying without a permit. In other countries you face a huge fine. And if you get in trouble, you can expect your drone to be confiscated and you may well not get it back.

Even in countries where drone use is allowed, there can be very harsh penalties for using it in prohibited areas. Almost everywhere, it is forbidden to fly over groups of people or in urban areas. In lots of countries, such as New Zealand, flying is not allowed in any of the national parks.

But did you know you could be at risk just entering a country with a drone? If you’re off to Spain, where you can fly (in places), but travelling on to Oman, where you can’t fly, you could have your drone confiscated at the airport and not allowed to have it back until you leave the country.

Then we have international airline regulations on carrying lithium batteries. Do you know the rules? Are you prepared? Here’s our drone travel guide.

It can go wrong in all sorts of ways

When I was preparing for a trip to Myanmar, I read that some people had been unlucky enough to have their drones confiscated at the airport, only retuned to them when they left. It didn’t happen to me, and part of the reason is that I knew the rules and prepared properly. What do you need to do to increase your chances of a trouble-free experience at the airport?

Even when you intend to follow the rules, there can be problems

There are some things no drone travel guide can prepare you for. Travelling through Namibia in my safari camper, I had my drone with me. My plan was to enter the sensational Etosha National Park game reserve at the western entrance, but leave a week later by the eastern entrance on my way towards Botswana. I knew that drone flying isn’t allowed in Etosha – sadly too many idiots have spoiled it for the rest of us by flying irresponsibly and disturbing the wildlife – but I didn’t expect what happened next.

My drone was safely packed away out of sight in the back of the 4×4. Shouldn’t be a problem. The guard took one look at the go-pro mounted to the windscreen of the 4×4 for filming my road trip and immediately started shouting at me. “Drone? Drone? You have drone? Open the truck.”

And so it was that I had to open up the back of the camper for him to search, and watch him gleefully snatch up my drone and confiscate it. This was very annoying, and what happened when I tried to get it back was unbelievable.

Drone travel guide – Essential tips for travelling with a drone

Know the laws. It’s easy to find with a quick Google. Don’t be tempted to try to get away with it because the penalties can be severe. The first place you should look is the travel advice of the Foreign Office or your own country’s equivalent. Where a country has a particularly strict rule it will be mentioned, eg

Also be aware that the rules change quite often. Many countries still have no rules, but they are catching up and new rules are being introduced all the time. Drone travel guides like this one can’t stay up to date with the specifics of every country. Use this guide for the essentials and then research the rules for the country you are travelling to. Start with your own government’s advice, for example the FCO website, and then check official government sites for your destination country. It never hurts to print out a copy of the rules for your destination country and have it available when flying. If the authorities challenge you, it will help you remain confident if you have a copy of the rules.

Always put your drone in your carry on bag

This really is important. Don’t be tempted to put your drone in your checked baggage. You might think you’re avoiding any problems at the airport x-ray, but you’re asking for other trouble. Suitcases are treated very roughly, often thrown, dropped, and may end up at the bottom of a pile of 50 other cases all crushing yours. Worse than the risk of accidental damage is the likelihood of theft. It happens way more often than you might think. If that’s not enough, your luggage may get delayed or lost. Don’t risk it. In any case, you must carry the batteries in your hand luggage.

The rules are quite simple. If you know what they are then you can calmly object when an ill-informed security person objects.

Though not technically an absolute requirement to use LiPo bags, it is a requirement that batteries must be safely packaged, protected from damage, and protected from short circuit. Proper fire-proof LiPo bags are very cheap and they will demonstrate that you have packed safely. Airport security staff will know what they are and know that there is no reason to delay you any further. You’re making their job easier, and that makes your transit easier. Read our review of top accessories for drones to find some fire-proof battery bags.

Unpack it at the airport X-Ray

Most airports will ask you to take your laptop or tablet or camera out of your bag before putting it through the scanner. Do the same with your drone and the batteries. Because it’s separate in the tray, the scanner operator gets a clearer and less confused image, and has much less need to send your bag back through for a second scan. When your bag gets sent back through, you know it’s going to be unpacked and inspected and tested for explosive residue. Get through first time by taking it out of your bag just like you do with your laptop.

If someone at a border or in an airport or even traffic police stop you and you have a drone, you can expect them to demand to see the photos. You can avoid this hassle by always removing the memory card from the drone when you’re not flying. keep it with your camera cards, and always pack the drone up into its case so that you can realistically claim to have not used it yet. If your drone does get confiscated, you haven’t lost any of the photos and videos you’ve already made. Problem solved.

Don’t fly where there are lots of people or buildings or traffic. Remember that things can go wrong and if the drone fails and crashes you could hurt someone. Expect most national parks, monuments, places of worship, most resorts and hotels, and any tourist attraction, to have rules prohibiting drones. Never fly near military installations, police stations, airfields, or borders. Don’t fly in the dark or in windy conditions. Expect places like steep hills, mountains, coastlines, and canyons to have strong updrafts and cross-winds that can easily crash your drone.

Even in a place where you are legally allowed to fly, your biggest problem is going to be other people. Don’t assume that other people will think it’s great and say oh wow look at that. Many people will be unreasonably offended by the presence of a drone. They don’t like the noise, they think you have some incredible zoom lens that will invade their privacy, they simply don’t like the idea of it even if they know nothing about it. They will complain about you, harrass you, and distract you.

Drone pilots have had people throw things at them and at their drone. Even a friendly and interested person can be a dangerous distraction if they insist on talking to you while you’re flying. The solution? Find a place away from people. Get up early or stay out late to fly when places are less busy. When you fly and there are people around, stay high so they won’t be bothered by you.

Some countries, such as Namibia, require you to have liability insurance. Some travel insurance policies will give you public liability cover and not specifically exclude drone flying, but many are adding specific wording to exclude drone flying. Check your policy wording carefully to know if you are covered. Whether or not it’s a legal requirement, you should consider carefully whether you want to take the risk of something happening, and fly accordingly.

If it is a requirement, then either find a regular travel insurance policy that doesn’t exclude drones, or find a specialist policy with a provider like CoverDrone. Remember you’re looking for cover for public liability. Many policies that say they “cover drones” only cover the drone for theft or loss.

Can you take a drone on a plane?

Should you pack a drone in checked luggage?

Can you take drone batteries on a plane?

Yes as long as they are undamaged and within the maximum capacity allowances. You should pack them in fire-proof LiPo bags.

Can you fly a drone abroad?

Can you take a drone to a country where drones are banned as long as you don’t fly?

You must check the rules for that country. In some countries you are breaking the law just by carrying a drone and risk having it confiscated at the airport. 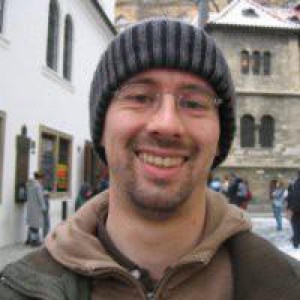 I've travelled through more than 100 countries on my mission to visit every last one of them. My goal is to have more adventure, more often, and to show you how to do it too. Over decades of independent travel I've learned a thing or two about multi-country trips and exploiting points and miles to have experiences most people can only dream of. After suffering a severe brain injury that nearly ended everything, I became determined To See The World, and to have lots more adventure along the way.
PrevIs it safe to visit Chernobyl?
Intercontinental Kyiv (Kiev), Ukraine – Hotel review (2020)Next